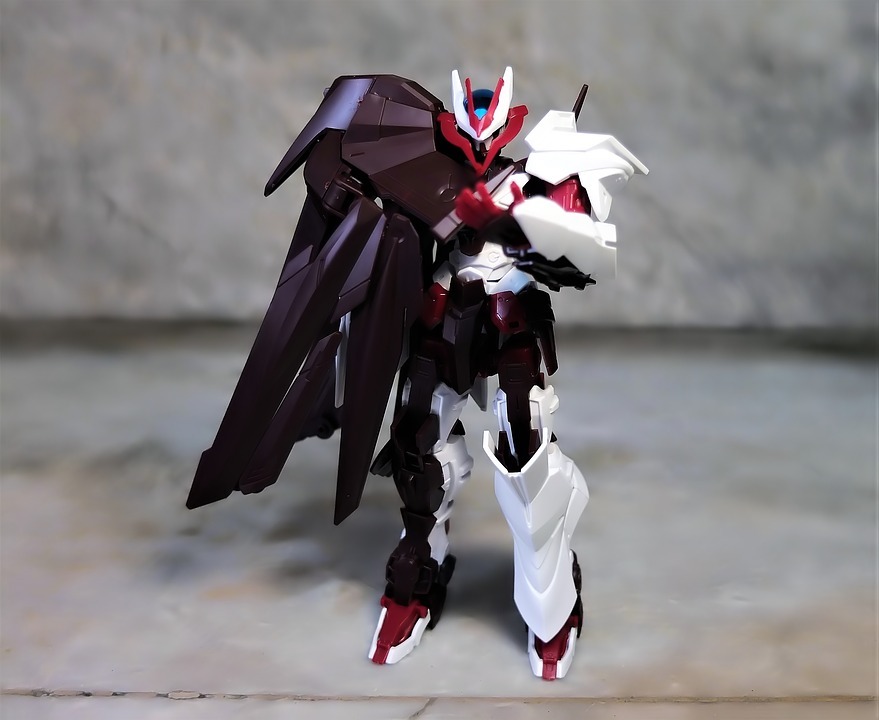 Gundam kit models are, when you hit a certain age, basically expensive investments. And just like any other investments that have collected hundreds to even thousands in cash, displaying them out in the open is something that is so irresistible. Unfortunately, having them out in the open is a very expensive risk. Dust and dirt can and will accumulate in the small crevices of the Gunpla kits and ruin the paint. Sometimes light and heat can warp and damage the plastics. If that doesn’t sound alarming at all, what about the dangers of having children, whether your own or your friends and family’s running around and handling these precious model kits?

By just going online, you can find different toy storage ideas of varying styles. Here are a few tips to make your display stand out. (Even if no one else can ever touch them.)

Gundam model kits by default are colorful and hence very attractive. Whether it’s a very vibrant orange Marasai, an all-black Death Scythe Hell Custom from the Mobile Suit Gundam Wing: Endless Waltz movie, right down to the bright primary colored RX-78-2 of the granddaddy Gundam, it is a basic fact that these things have eye-catching looks.

You can group and arrange them by color. It’s an unconventional way to display them, but it will still work.

Stick with the theme

If you don’t want to group them according to their color scheme, you can always display them in their actual groups.

The Gundam franchise has a myriad of a branching series of varying storylines. From a business point of view, this of course leads to more chances of producing different products to sell. Gundam Wing, Gundam X, G Gundam, and Gundam Seed are all just a few examples. Each show features a group of Gundams you can group together (that is, of course, if you have the complete set per series.)

You can group them per series. Imagine a designated or dedicated shelf space for a display for the 8th MS Team where they’re getting ready for battle. That would be very cool to look at.

Mix the Old and New

If you’re an avid collector, you would have noticed by now that Bandai has already produced so many versions of certain Gundam model kits. The Gundam Wing Zero Custom, for example. Its Master Grade scale has been re-molded and re-tooled for so many years. Another very popular product is the Gundam Unicorn. There are so many variations right from the very first one, to the Ver Ka version, and now the MG Extreme version that has LED Lights that change just like in the OVA.

Just like the RX 78-2, which has multiple versions produced since the early days, you can collect the varying kits old and new, and arrange them together in one shelf space. You can show off your collection of the earliest ones up to the very new ones in one space.

As with everything, lighting is everything. The same goes for your Gundam Display Case. These model kits feature, depending on the Grade you’ve been collecting, incredibly intricate detail. It would be unfortunate if these details are not seen because they sometimes are small. A few examples can be seen on the 3.0 version of the Gundam RX 78-2. This updated kit has beautiful detail on the arms and legs.

Some bonus bits of tips here would include using UV LED Lights. Most of the newer Gunpla kits produced recently include colored transparent parts that glow vibrantly with UV light. A few examples are that of the Unicorn Banshee, the Unicorn Gundam itself, and the Gundam Exia Dark Matter. By actually using UV lights, you can make them look real and alive while they glow with different vibrant colors with the perfect lighting.  Open the link and check out some of the great model kits australia.

Pick out a Star in a Group

There will be times that groups of kits might be a bit too many. Sometimes a group of them might become too crowded in a tiny space.

Much like everything, there should be a regulation of balance when arranging and displaying them on the shelves. Make sure that there is still a bit of space left in each slot. This will prevent the look of being too crowded. It will also maximize the poses you could do for each kit. Gunpla kits can vary in articulation. It would be a waste if their posing ability were not utilized properly.

But also, pick out a model kit that can be the focus of a group of collections. Each group will surely have a major character. For Gundam 0083: Stardust Memory, there’s the Gundam GP01, for Gundam 8th MS Team, the EZ-8, and in Gundam Wing, the Wing Gundam. Each can be the centerpiece of each group in each of the shelf spaces.

This can be an optional thing. But again, this will need a bit of balance. It isn’t really a good look to have all of your kits be on rotating bases. Sure, the use of this base will help in showing off every side of the Gundam Model kit from front to back. With the combination of the UV lights, your Gundam may look like it’s got running lights going through its body while rotating.

To employ this, pick one or two favorites. An excellent choice here would be Perfect Grade Gundam Kits. Since these are large model kits, these will need to be shown off completely. Hence a good solid rotating base would be a perfect application for this.

And with that, you will forever be at peace knowing that these kits are in a display case that is secure. Just don’t let your kids get the keys to the lock. We hope these tips help you in keeping and displaying your Gundam kits. Your collection should be taken care of because they are pieces that could get higher in price and you can sell on a rainy day. So it’s good to keep them in pristine condition.